Comprising 47,900ft² of office accommodation on eight floors with good size floor plates, The Smithson building in Farringdon, London EC1, returned to the market at lease end with circa 20 year old plant and equipment in need of modernisation.

Various services strategies were explored to help acquire long term leases. Following a review of options, it was agreed to keep to the existing strategy of using an underfloor 4-pipe fan coil unit system for heating and cooling the office areas, which co-ordinated with the existing building structural levels for the lift shaft openings, staircase landings and windows. The fan coil unit system would provide the best value for the refurbishment whilst ensuring that the services design benchmarked well with modern office buildings.

By containing the mechanical services on these levels within the raised access floor, the ceiling areas were able to include only a limited amount of services. The office ceiling design consisted of shallow micro ceiling with suspended LED lighting. The visuals were further complemented by the sandblasted exposed concrete beams and columns. The basement office areas were designed as exposed above ceiling services.

Most of the existing central services distribution for the pipework and ductwork were retained, overhauled and modified. The central plant installations, such as chillers, dry air coolers, ventilation plant, electrical switch panels, water tanks and pumps, were replaced with new installations.

The lift installations were all replaced with new lifts using the existing shafts.

Considerable interest prior to completion led to a pre-let of all the floors except ground and basement to a single tenant. 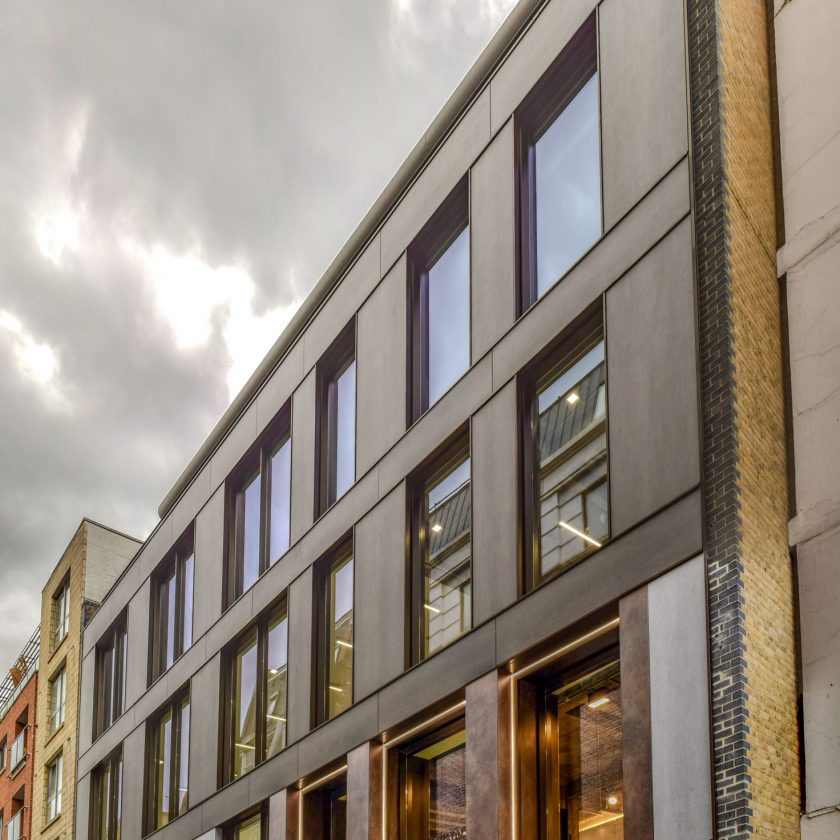 The 47,900ft² area of The Smithson building in Farringdon was refurbished to high quality office accommodation, for which Watkins Payne…