Developed on the basis of the hugely successful Australian NABERS framework NABERS UK was launched in November 2020. NABERS UK Energy Ratings are a simple, reliable and comparable system for rating the energy efficiency of UK office buildings using a six star rating system.

Watkins Payne has been a Pioneering Delivery Partner for NABERS UK and Design for Performance from its inception by the Better Buildings Partnership and has committed to being a Supporter of the scheme now administrated by the BRE.

Unlike design based ratings, NABERS Energy ratings measure and verify the actual energy use of offices, helping building owners accurately track and communicate the energy performance of their buildings. The system utilises a clear and easy to understand 6 star rating system with 1 – 3 stars representing below average performance and 6 stars market leading.

Through our experience, Watkins Payne can offer a wealth of advice for delivering a NABERS UK Energy Rating including offering the Accredited Assessor role required in order to conduct and issue a NABERS UK rating. We can also advise on if a building is NABERS UK “ready” by assessing its existing metering provision and building management policies along with providing advice on maximising a building’s rating. Our experienced Building Performance Engineers and Simulators can provide the advanced simulation modelling required to help predict a building’s future performance.

The UK has a design for compliance culture which has led to the ‘performance gap’ that exists between the original design intent and how a building truly performs in use. Design for Performance (DfP) is a process that overcomes this where a developer or owner commits to design, build and commission a building to achieve a targeted NABERS UK Energy rating

Through our experience Watkins Payne can offer a wealth of advice for delivering a DfP scheme including the Independent Design Reviewer role. If you have a project which is looking to target a NABERS UK rating in design or is looking to sign up for a Design for Performance Agreement contact Watkins Payne to see how we can support your project through the process. 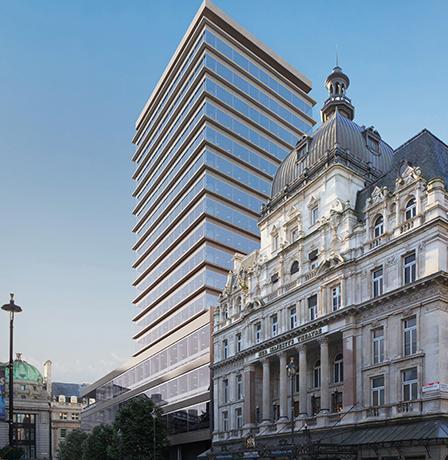 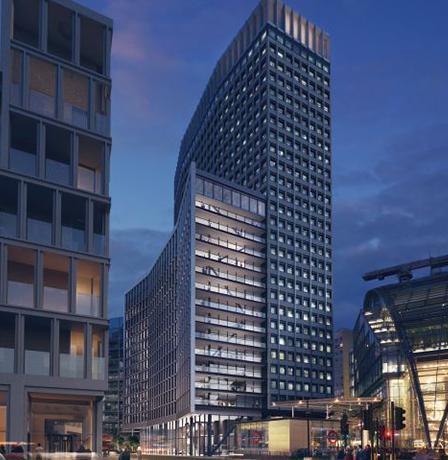 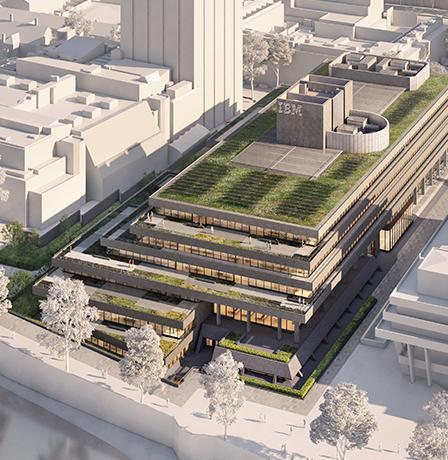 How much does it cost?

NABERS UK Assessor, Independent Design Review and Design for Performance fees  are dependent on the project size and complexity. Please contact us for specific advice for your project.

What experience do you have?

As DfP Pioneers Watkins Payne have taken a leadership role in committing to implement the Design for Performance approach for two of the schemes Pioneer Projects (Portland House and St James’s Market Phase 2). To date we have carried out the Design for Performance lead consultancy role for office buildings totalling over 250,000m2. Our Building Performance Engineers have many years’ experience in providing the advanced building simulation required to predict a NABERS UK rating at design stage.

What Ratings are Buildings Typically Targeting?

All DfP Projects must target a rating of at least 4 Stars. All our projects are looking to target a minimum rating of 4.5 Stars with 80 percent targeting a rating of 5 Stars or greater.

What value does it add to the project?

Within Australia NABERS has proven to be hugely successful and is referenced in tenant lease agreements, office design criteria and national policies. This has created a market of competition and transparency which has eliminated the performance gap and resulted in a greater than 40% reduction in real world energy performance since its inception. This has translated into NABERS becoming a key market Indicator for success with the best performing buildings achieving longer leases, lower vacancies and better value than lower rated equivalents.

We expect NABERS UK to have the same transformative effect on the UK market.

Rob has a particular understanding of maximising building energy efficiency both in design and operation and the importance of continuing to constantly improve our MEP services designs. Speak to Robert about your project today. 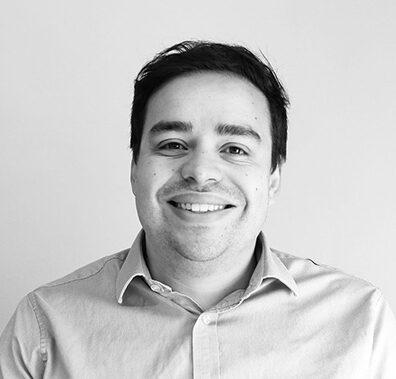